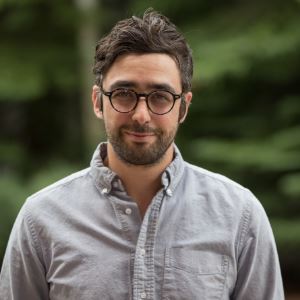 Kevin is a 2006 graduate of Community School, holds a BFA in drama/musical theater from NYU/Tisch School of the Arts, and earned a MFA in acting from the American Repertory Theatre/Moscow Art Theatre Institute for Advanced Theater Training at Harvard University.

Kevin is an accomplished professional actor, director, and educator, having performed in off-Broadway, international, and regional/summer theatre productions, taught and mentored high school and college students, directed and produced a wide range of theatre productions, and created innovative programming and curriculum in a variety of educational settings.

Since 2009, Kevin has served as resident director at the Summer Theater Project for St. Thomas Playhouse; in 2014 he cofounded The Spot, an acting studio in Ketchum, offering classes and lessons in vocal performance, modern American drama, and Shakespeare.