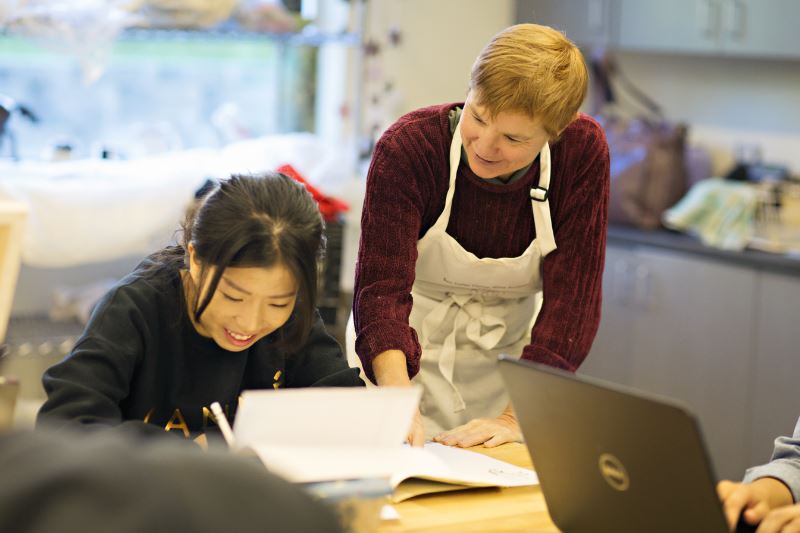 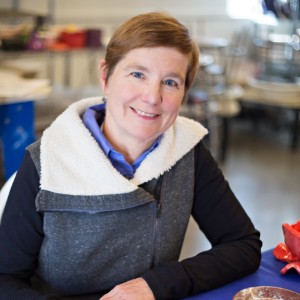 Anne holds a BA in political science from Wesleyan University and a BFA in photography from the San Francisco Art Institute.

In her teaching role at the school, Anne finds inspiration in her students: "They often come up with unexpected projects and creative ideas, and I love to watch them grow and explore their own creativity," she says. "I also appreciate that the people I work with are professionals and care about what they do here, whether it is their teaching, the outdoor trips, the arts, or other aspects of school life."

When she's not teaching, Anne can often be found on horseback; she owns three horses and participates in endurance riding events.

Kevin is a 2006 graduate of the school, holds a BFA in Drama/Musical Theater from NYU/Tisch School of the Arts, and earned a MFA in acting from the American Repertory Theatre/Moscow Art Theatre Institute for Advanced Theater Training at Harvard University. Kevin is also a proud member of Actors Equity Association, the union of professional actors and stage managers.

Kevin is an accomplished professional actor, director, and educator, having performed in off-Broadway, international, and regional/summer theatre productions, taught and mentored high school and college students, directed and produced a wide range of theatre productions, and created innovative programming and curriculum in a variety of educational settings.

Since 2009, Kevin has served as resident director at the Summer Theater Project for St. Thomas Playhouse; in 2014 he cofounded The Spot, an acting studio in Ketchum, offering classes and lessons in vocal performance, modern American drama, and Shakespeare.

The teachers at Sun Valley Community School are absolutely wonderful and have all at one point encouraged me, regardless of what subject they teach, to continue with my interests in music. Sofia '18

SAT Administration: September 26, Masks + Social Distancing Required
At this time, Sun Valley Community School plans to administer the September 26, 2020 test. However, this is subject to change. All non-SVCS students must view, print, and complete the Assumption of Risk waiver and bring the completed form with them when they arrive at the screening table Saturday morning. Additionally, all participants MUST review the 2020-21 SAT Exams Standards of Care.
Questions? Please contact Yvonne Inman, our SAT Administrator.

Healthy Roster
As part of our effort to keep Sun Valley Community School students, families, faculty, and staff as healthy as possible and on campus for in-person learning for as long as possible, we are utilizing a program called Healthy Roster for daily health screenings. Families will receive a text each morning before the start of school with a short health screening to fill out by 7:45 a.m. Once that is complete (for each child enrolled), you will receive a text back indicating whether your child should come to school or speak to our Health Services Coordinator.

Admissions
Our Admissions Office is still open and would love to help you learn more about Sun Valley Community School. For more information about how we are handling our Connected Learning during this COVID-19 crisis, please visit our COVID-19 page on the website.