Performing with Masks: Changes to Theater During COVID-19 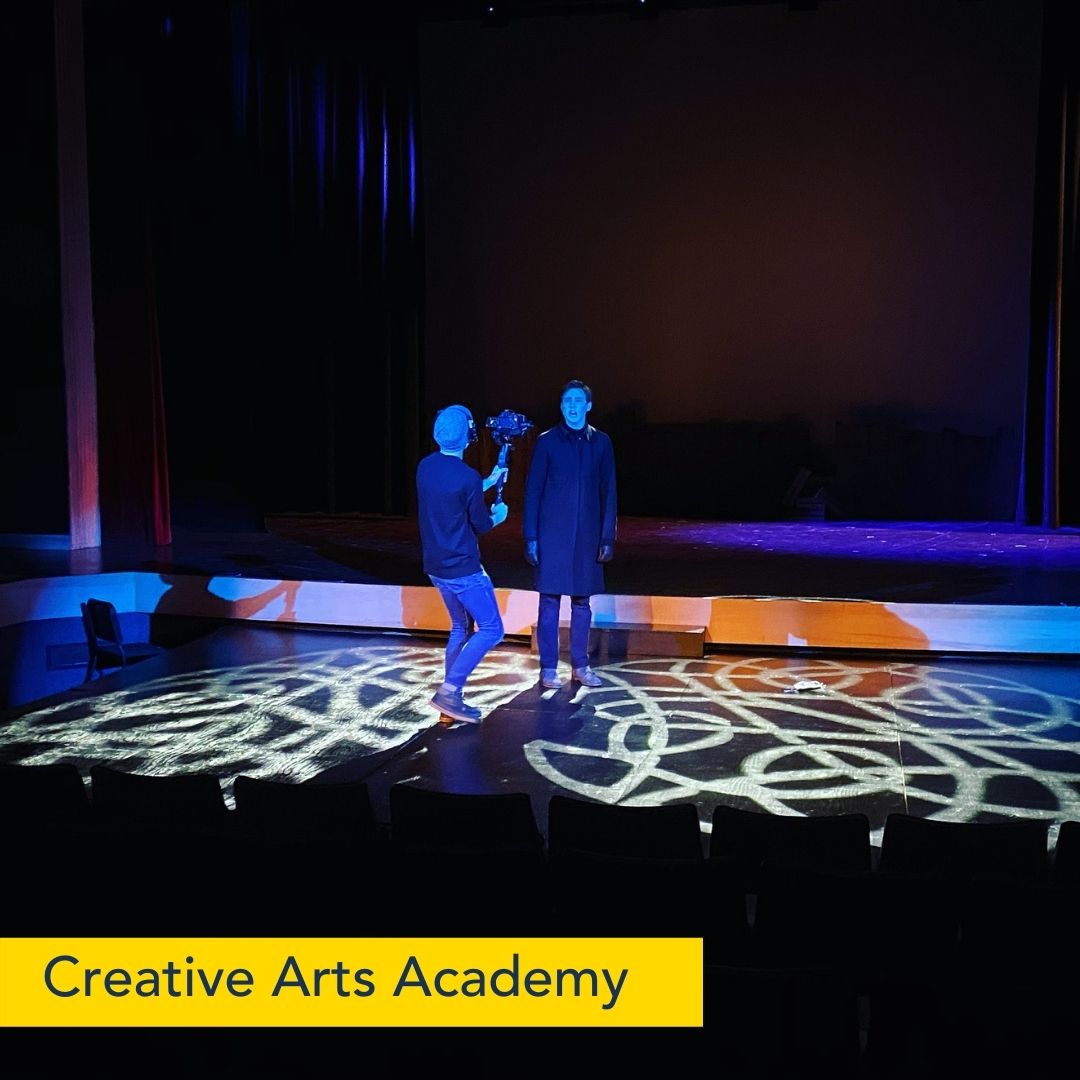 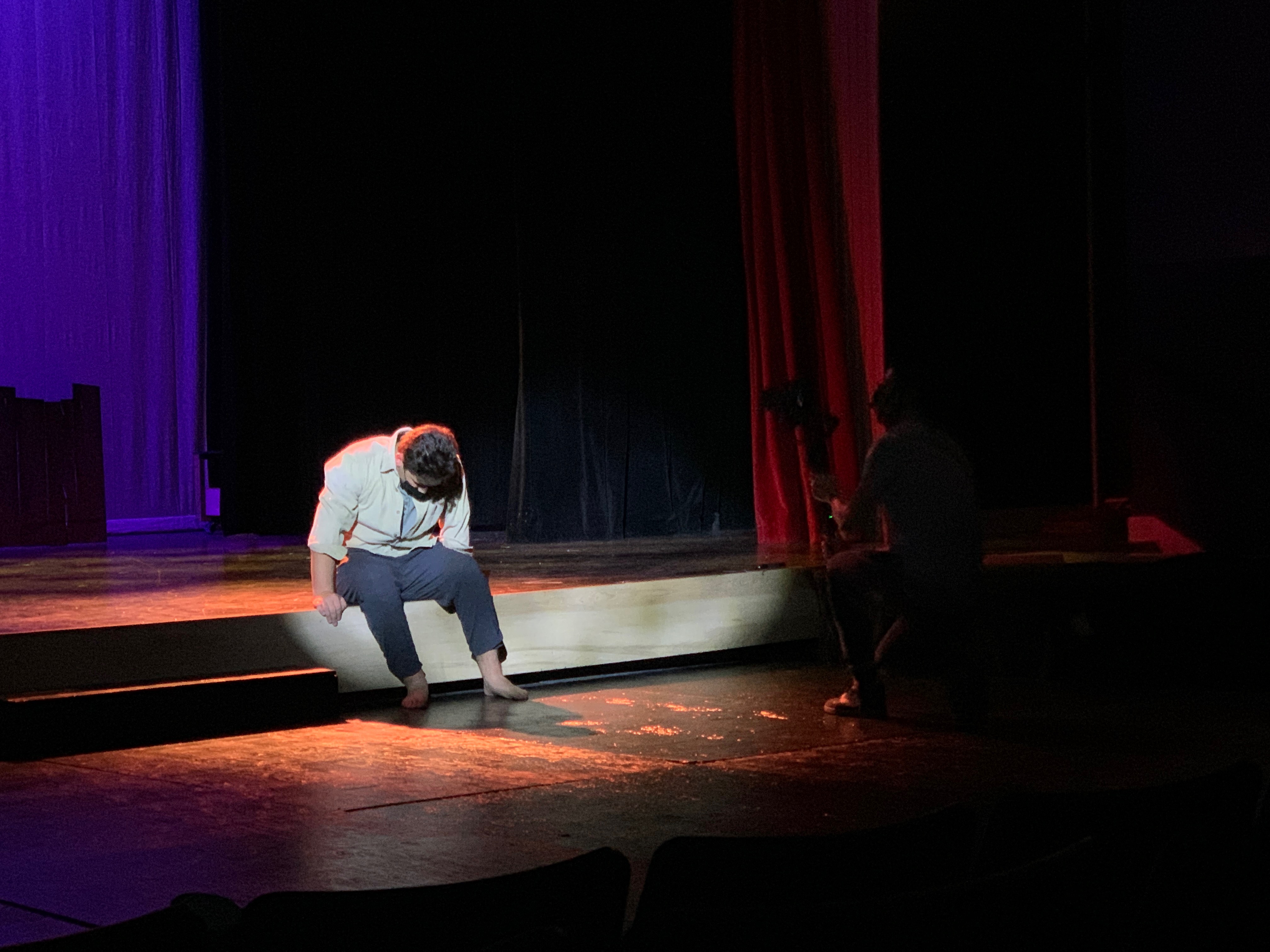 The Show WILL Go On…

In one form or another!

Get ready for the understatement of the year (and probably one of the most oft-repeated statements of 2020): COVID-19 has caused a lot of uncertainty. While students in all divisions at Sun Valley Community School have been in-person for school for the year (with a few exceptions when either a class or a division moved to the hybrid or connected model for a brief period of time), some co-curricular activities have had to make significant adjustments. The theater program, which has been hard at work on their production of Les Miserables over the course of the term, had to figure out another way to do a “performance” when gathering an audience was impossible and, when, at times, rehearsing in the same space together was also a no-go. Instead of offering a live performance and trying to livestream it, Kevin Wade ’06 and his merry band of actors and theater technicians have decided to offer up Les Mis as a film.

For Gabe Delgado, a senior at SVCS and the lead Les Miserables, this change of plans was unexpected and disappointing. For stage people, there is no way to replace the rush of performing for an audience. However, he managed to maintain optimism and hope in the face of such challenges, saying “We have been really fortunate to even be able to rehearse at all.” And now the veteran stage actors involved in the show are learning a new way to perform.

As Jean Valjean, the protagonist of the show, Gabe was really looking forward to living out his passion for acting this semester. After working as the lighting designer on multiple performances in years prior, he anticipated his senior year as the time to take center stage. Instead, he’ll be starring in the first-ever SVCS produced feature film.

Senior Julia Ott, who will be playing Eponine in the performance of Les Miserables, is quite positive about the experience of filming the show. She views the alternative arrangement as an opportunity to learn more about film. “I’m really excited to explore the world of film more as opposed to doing it live.”

However, Julia also shared some of the difficulties she faced while rehearsing during a pandemic. “It was hard at first, singing with the masks. It’s been difficult when half of your face is covered. I felt very limited in the emotions I could convey. It was hard at first to lean on my eyes to act.” Julia soon realized that her “mouth and nose is only three percent of [her] body.” She ultimateIy relied on “the other 97% to show what [she was] feeling!”

Julia further learned valuable skills to prepare for her character through the practice of journaling. “I’ve also been journaling a lot from my character's point of view. It helps me get into the character’s state of mind and prepares me for the shows more. Now she’s more a part of me.” This habit will prove useful as Julia and Gabe plan on connecting with their audience in innovative ways, such as performing virtually.

The SVCS version of Les Miserables takes place in 2020, as a modern rendition. When reflecting on his hopes for the audience, Gabe says, “With the election... and the contentious discord in our country right now, we’d thought that it would be a prevalent piece and a cathartic release for people who have been stressed or sad in recent months. All theater is meant to leave the audience knowing something about themselves that they didn’t previously know and release pent up emotion.”

Julia echoes that sentiment, noting that she believes the performance will connect to the present-day. “I think it’s very relevant to all the feelings that young people have felt in the last couple of months. It’s been really fun to look at Les Mis through the lens of 2020 and connect the people of the French Revolution to people now.”

Even without a live audience, both young actors remain optimistic about their performance. Gabe says, “We’re all in the show because of how much we love theater. It’s not only a chance for the audience to feel emotion and release, but it’s also a chance for actors to release their emotions on stage and feel the weight of 2020.” That sort of therapeutic outlet from acting draws in students who hope to explore new art forms, express their true selves, and build confidence both on and off the stage.

The passion and drive of the SVCS theater community will produce a wonderful show this year, regardless of the exact nature of the performance. As Gabe sums it up saying, “Many people ask, ‘Do you need an audience to draw energy from?’ And the answer is no, not at all. In an ideal world, we would have an audience and they would motivate us. But everyone’s collective desire to produce a shared performative experience is really motivating us.”